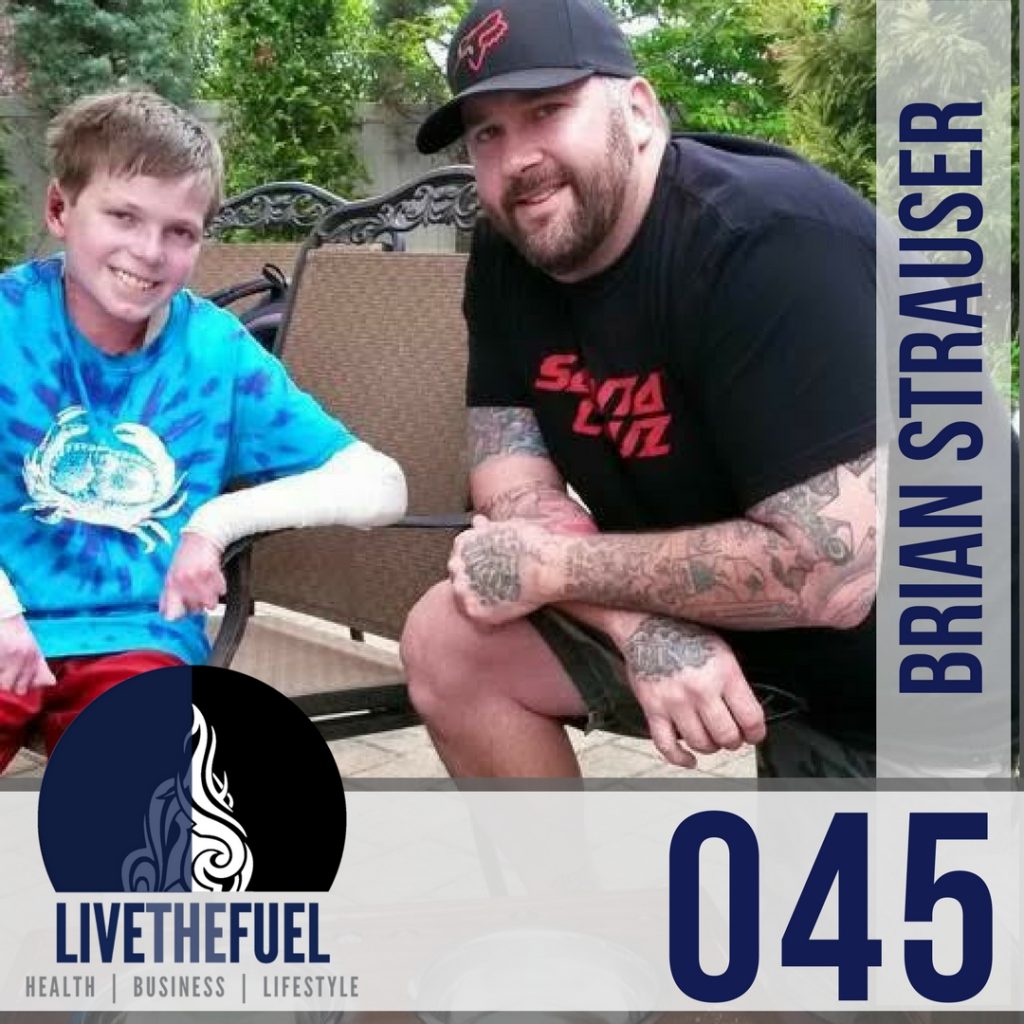 This episode was recorded live at CrossFit Adoration with repeat co-host Brian Strauser of The Strauser Project. He has gone through an exciting transformation in life and business since Brian’s last appearance on LIVETHEFUEL. Brian has also been impacting the lives of others through various charity efforts, in particular someone living with Epidermolysis Bullosa (EB). Which you will hear more about on this episode. Brian has been living a life of purpose.

Brian has been on a roller coaster journey in such a short amount of time, his final words are that of Thankfulness and Gratitude. Take the time out, to reach out and let someone know how you are doing and be real about it. Do stuff with purpose.