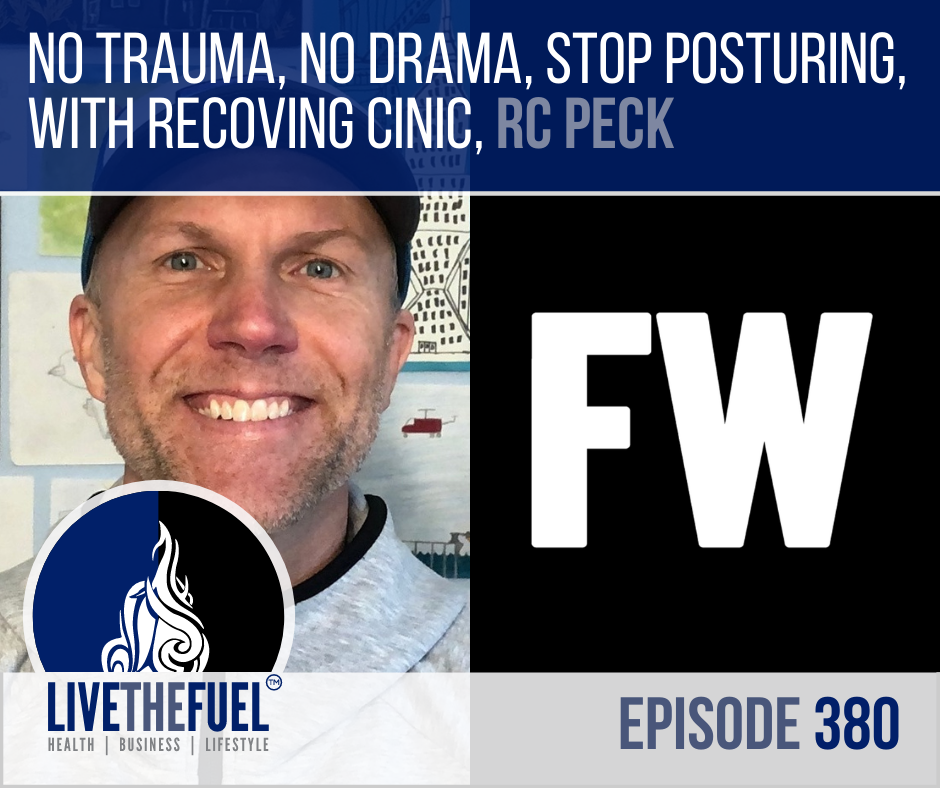 RC Peck Returns for Part Two! Getting Transparent Around These Transitions In The World

With the state of the economy and the stock market, I think it would be valuable for your listeners to hear how they can be more consistent in the market and have a successful year ahead, whether they’re investing for passive income or for growth and whether they’re new or seasoned investors. And not through the traditional ways of investing that everyone teaches, but by rewiring their brain and behavior, and using words, NLP, and past trauma to do what’s best for growing their money. Most of which are the opposite of what they’ve been taught or have never heard.

RC Peck, CFP sits at the intersection of money and human behavior. For over 20 years he’s helped people hear what their money is trying to tell them. His struggle with dyslexia, watching his parents’ life savings get embezzled, and his background in NeuroLinguistic Programming (NLP), taught him to question the obvious.

Quote: Men lead lives of quiet desperation and go to the grave with the song in their head.” ~ Thoreau

He now uses his ability to see what others can’t see which brings clarity and insight to a world that is often described as confusing and overwhelming. His message is clear. Listen to your money. It’s trying to tell you how to get the life you want.

04:40 – No more posturing. I’ve always been into the outdoors. I’ve always I bought a mountain light in 1989 this small company called North Face came out this new type of jacket called the mountain light and it is the first jacket ever wear was just the layer there was no insulation in it, it was longer. It was a shelf. It was it was one of the first years and I grew up outside of Chicago. And there’s there was no Rei where I lived or anything like that.

10:00 – But think about this. You just watch someone on TV, you see them in their family room. Okay, he’s got a suit on. To me, that’s really weird. So hold on, it’s deep COVID shut down, you’re in wherever some state words, you know, deep, deep state shut down. We know like, I think unconscious, like, why did you put the costume on dude? Like, we know you’re working from home.

19:45 – I think about this, like this stuff. People were scared about the FED. The federal funds rate is a quarter, it shouldn’t be a quarter that the balance sheet of the FED quantitative easing blah, blah, blah garbage garbage, pe ratio.

24:20 – So when people use financial terms, you sound like everybody else. They mean nothing and they don’t work anymore. It’s like someone says the PE ratio is the highest and it’s been there since 1929. I’m like, so what is it now? But I know enough because I geek out on this stuff, and my comeback is always July 1997. The PE ratio is the highest since 1929. Do you know what happened after July 1997 to march 2000? They go, no, well the NASDAQ went up two to 300%. So you would have given up 300% because of some ratio? And the answer is they don’t. I’m not throwing them under the bus, but no one’s taught them how to look at the market.

30:00 – So companies on the margin, they’re gone. Companies, were just a maybe, they’re gone. Companies that really succeeded, they realized I gotta pivot, I got to figure out how to get my tacos out online. They pivoted, they put lines on their parking lot so that people can come in and they felt like they accelerated the process.

40:00 – Well, so this is one of the first things I say to say to someone, I go, you can buy the S&P with dividends reinvested for free. Before it was free it would cost you five bucks to buy in a cost a couple basis points. But now it doesn’t cost you any basis points to own that fund, doesn’t cost you anything to buy it. So it’s free. It’s been free for a long time because 495 is free to me. So you have this free index that you can go get now for free. If you can’t beat the free unmanaged index, or your big box advisor can’t, then what are you doing?

50:45 – So if you’re making 150 a year, and let’s say, you have 150 saved, and then 150 grows by 10 percent, like 15 grand you’re like wow. I’ll go to you know, Olive Garden, the brain is just like, what’s the point?! There’s a point in between 45 and 50, where the brain really goes, wait a second. I don’t want to deal with this shit anymore. It’s not a millennial thing. It’s literally a 22-year-old to a 45-year-old brain. Wealth is income and it continues to help your wealth in between because the biggest earning years for most people is 45 to 55.

People have unnecessary trauma and anxiety and stress in their how to grow my money world, like and the message is it is all completely unnecessary. You’re either creating it yourself and you just don’t know it, or someone is creating it for you and you don’t know it. I mean, literally in 23 years. It’s really you’re either creating trauma in your finances, you’re doing it and you’re literally seeking out the most unstable investment. You just don’t get how your childhood trauma is having you recreate that survivable experience, or literally you’re like, Oh my god, they’re creating it. I just never knew it and I see them both turnaround immediately. So I mean, for me, the message is, there’s no need to be anxious ever about the stock market or your investing. If someone thinks that it seems so hyperbole or crazy, that just tells them how much of the hype is you should be scared? Or how much of the message is you you’re really screwed. If you don’t come over to us, we have some conversations through the trauma.