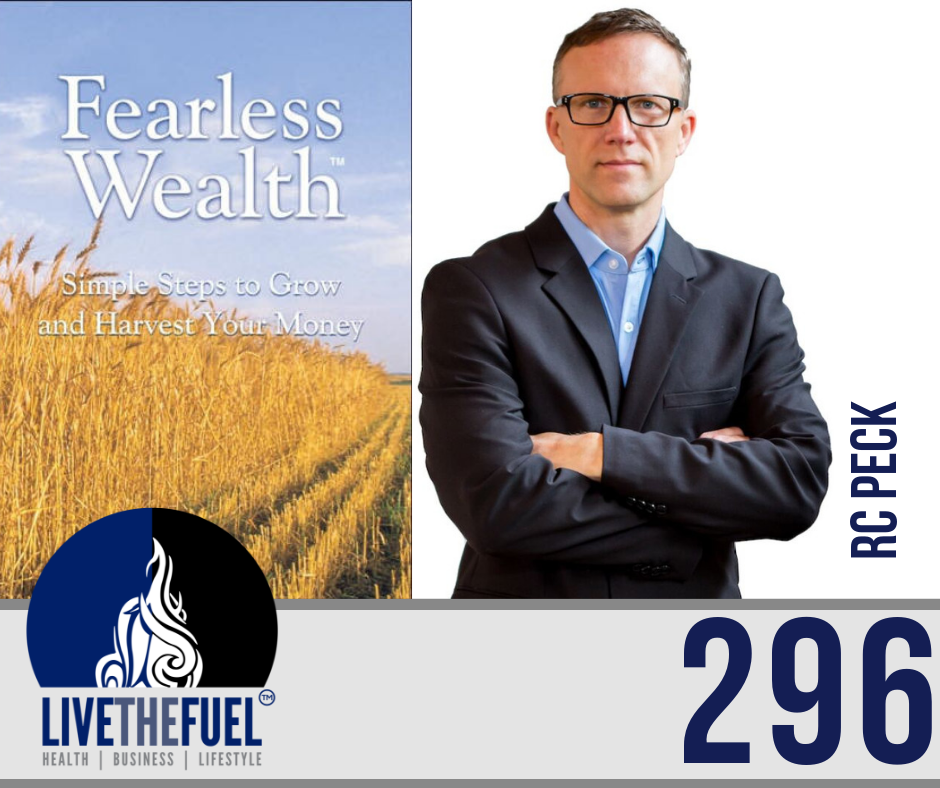 Live with Fearless Wealth on today’s podcast with RC Peck:

RC Peck, CFP sits at the intersection of money and human behavior. For over 20 years he’s helped people hear what their money is trying to tell them. His struggle with dyslexia, watching his parents’ life savings get embezzled, and his background in NeuroLinguistic Programming (NLP), taught him to question the obvious.

Quote: Men lead lives of quiet desperation and go to the grave with the song in their head.” ~ Thoreau

He now uses his ability to see what others can’t see which brings clarity and insight to a world that is often described as confusing and overwhelming. His message is clear. Listen to your money. It’s trying to tell you how to get the life you want.

You need to see a price chart by a third party company that shows you an image with the bus either going north out of town or heading south. You’re only allowed to buy buses that are already heading north. Stick with the concept that your brain wants an image. When you don’t give your brain an image, it will make one up. All things being equal, it is not going to allow you to die. So it assumes what you’re looking at is going to kill you and it’s going to act that way. That’s a bad way to go into growing money.