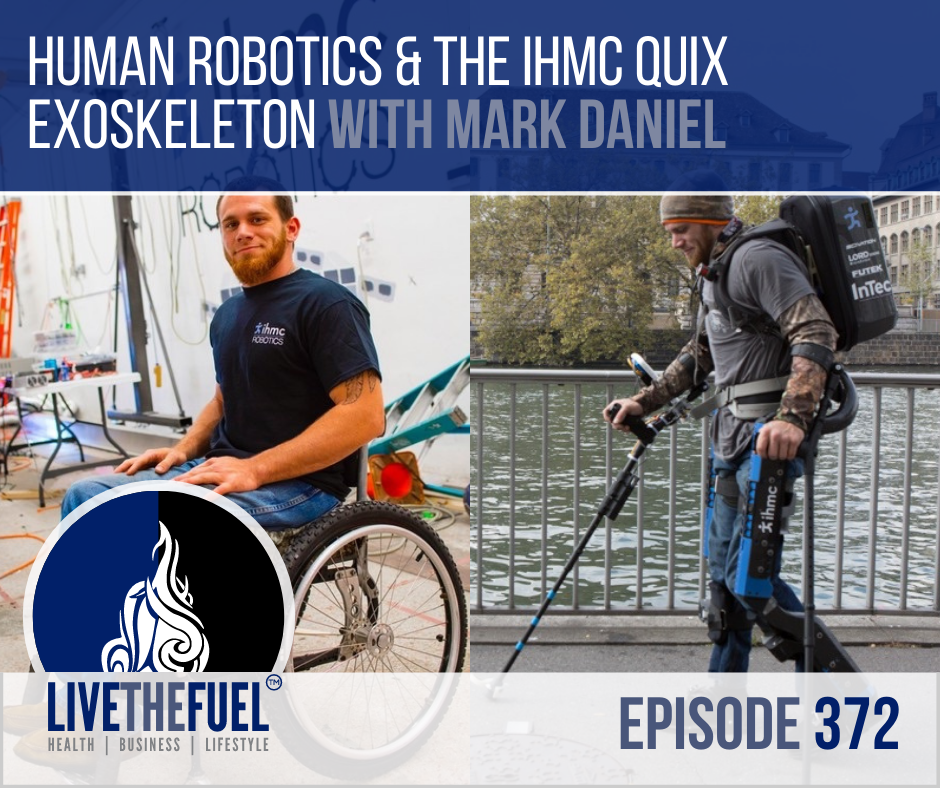 I began my exoskeleton pilot certification in 2007 at the age of 18. In 2010, I was introduced to the Florida Institute for Human and Machine Cognition (IHMC) where a team of engineers and computer scientists had developed MINA, their first paraplegic mobility device or exoskeleton. Over the last decade, we have worked together to develop hardware capable of mimicking the human gate and necessary software to drive it. We are currently weeks away from testing our 4th iteration exoskeleton, QUIX, as a part of our participation in Toyota’s Mobility Unlimited Challenge after we compete in the 2020 Cybathlon later this year. It has been an honor to witness the advances in technology and evolution of handicap sports. In response to witnessing these miraculous achievements, I have spent the past 13 years of my life pushing the limits of the wheelchair that certified me for this opportunity. What I thought would ruin my life has given me more than I ever could have earned on my own two feet.

Quote: How many stairs?

Mark Daniel, Pilot
Designer, evaluator, and user representative, Mark was born and raised in Pensacola. As a young adult, he graduated high school early and pursued a career in ironwork. First going to trade school for diesel mechanics, then learning how to weld and fabricate. In 2007, at eighteen years old, Mark started his career and began planning his next steps. Working long hours in risky conditions was exciting at first, but after five months the work took its toll. He fell asleep driving home, flipping his SUV several times, and awoke in the ICU of a local hospital. After learning of his paralysis, he set out to regain his independence.

In 2010 Mark evaluated IHMC’s first iteration exoskeleton, and again in 2013 for the second. In February 2016 he rejoined the team as a research intern to evaluate the third iteration and prepare for the Cybathlon. Mark placed second in the Cybathlon, winning the silver medal. Since the Cybathlon he has taken on the American Discovery Trail, which covers 4,834 miles from the Atlantic coast in Delaware to the Pacific in San Francisco.

11:45 – Accidents come along. From the outside looking in, even in my position at the moment, looking at the situation that I was in, it seems like a huge detriment for me. 18-years-old, just starting my adult life, then for the accident to happen, have to restart and figure it all out all over again. But you know, I’m 31 now, it’ll be 13 years in October, and, and really, looking back at the situation, it couldn’t have come at a better time. I say that at 18 years old, I figured out my life, I had a career plan, I was on that plan, and I was moving forward. But I mean, really looking at the experiences up till then I grew up riding dirt bikes, go-karts, four-wheelers, skateboards, bicycles, running through the woods, fishing, hunting, you know, the good, healthy, youthful adrenaline life.

20:00 – In 2010 and I met all of the engineers and everybody working on the project. There were so many different engineers, interns, and all that have worked on the project in and out, but we really just have an awesome team here. I’ve been graced to work with them all really, I mean, all the people that I work with here, there’s Tyson in the glasses there on the right, Peter on the left, and that’s Jeremy. All these people that I’ve known for so long and the opportunity to spend time with, and they have taught me so much. We’ve really just worked together so hard to come this far. I’m just really grateful for all these people, especially the team that we have now. They’re working super hard.

30:45 – I turned 18-years-old, and I spent five months of my adult life learning, really getting into the rungs of adult life. I’m not putting myself up there like a martyr. But that was all taken away from me, and it’s really taken me up to this point to where I feel comfortable. I’m happy enough with my own abilities that I can share more with other people. It took so long for me to really accept the fact that this is where I’m going to stay in my best role. Which is to help make sure that other people don’t have to suffer from some of the ways that I did.

40:00 – Over the past 10 years here at ihmc, to get to the version that we’re at now with the exoskeleton, and as grateful as I am for that. I’m looking still looking toward the future and there are so many things going on right now. We are coming out with QUIX, we’ll be done with that, and I’ll be walking hopefully within the next couple of weeks

There’s so much that you can leave behind for people. But really, the biggest thing is, leave behind your worries about yourself and your own. You know what you think you’re not capable of. Anytime you think you’re not capable of something, remember that you’re always capable of going out there and failing and trying. You’d rather do that than look back and realize that I could have done this, but I never tried.